It's all so magical, or is it?

Several reasons why I have this blog, however the primary reason is to have a scrapbook my girls can grow up with and someday reflect on.  But until they are old enough to "log on" and read this, I feel very secure sharing some of my favorite moments from this past Christmas. 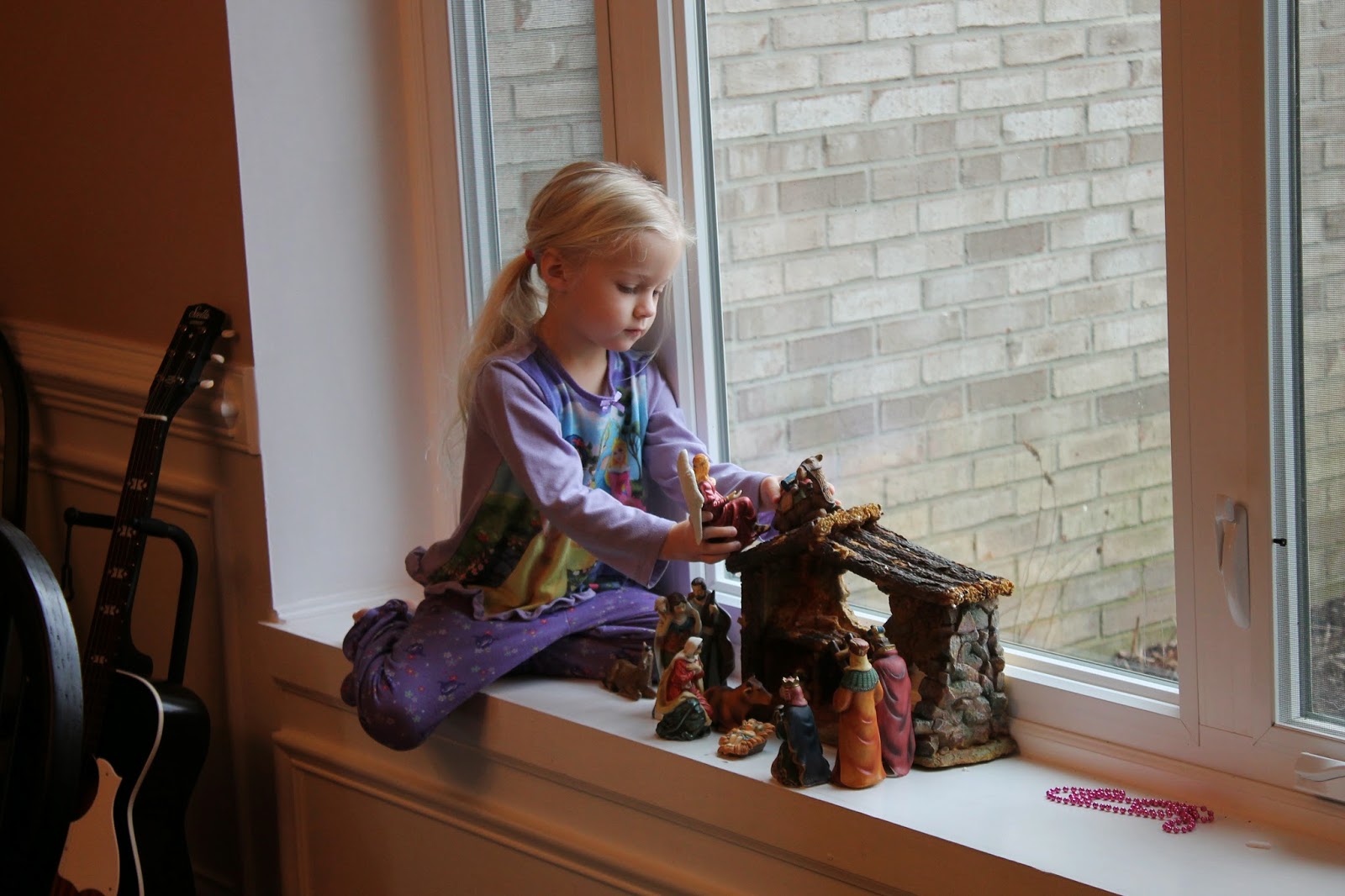 The Christmas season can really bring out the inner child for everyone.  The lights, the music, the decoration, the prep for one of the biggest birthday parties of the whole year.  And with it comes some traditions.
Santa for example.
While some parents choose not to have Santa a part of their celebration, this house has a pretty firm grip of his existence.  After all, who better to imitate the love of Jesus than the original Santa of all time!  But since the original Santa isn't around, there is a certain way he still brings presents for under the tree....well, you know how the story goes.

Emma, our sweet sweet Emma, believes in the magic Santa brings from the sending him letters, leaving him out cookies, to warning Hope she better be good.  Oh, it's ALL there in her world, no questions asked.  Hope, on the other hand, ask me one day, "mom, why does Santa come down the chimney when we have a door?"  She further explained to me it doesn't make sense, and we should just leave the door open for him. 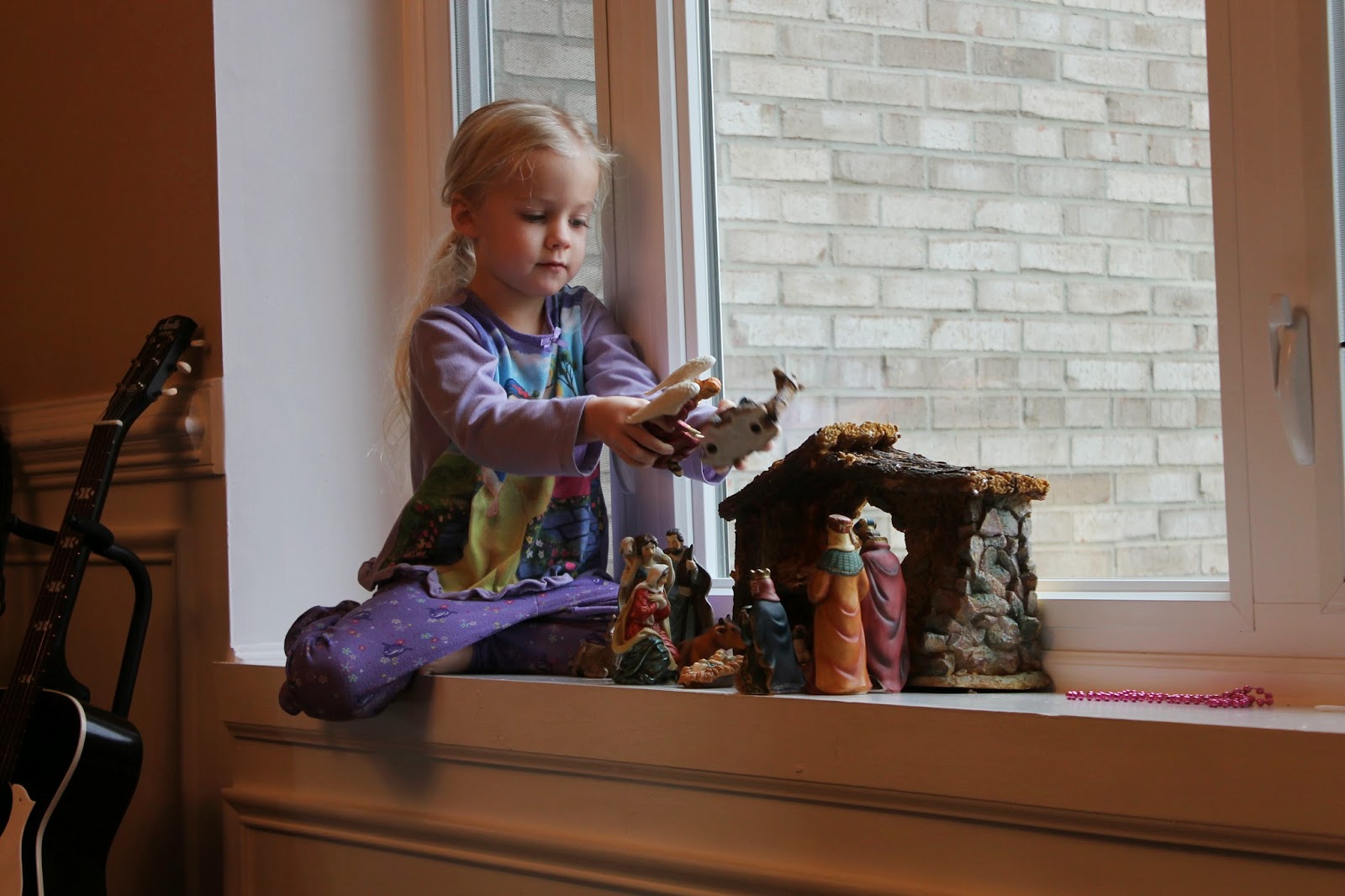 And then there is the Elf on the Shelf.  You know the creepy little doll dressed like an Elf that watches over everyone for good behavior then reports to Santa each night....yaaaaa, you know the story on that guy, too.  This is the kinda thing that never existed in our home until Emma went to school and heard everyone else having one in their home.  So yes, our imagination-the-size-of-Texas-daughter is crazy serious about Chip.  (Chip is his given name.)  When Chip finally arrived this late-December (yep, he was lost and two parents thought they were going to have to spring for another until a deep search found him), Emma immediately begin talking him.  But just talking, because you know if you touch him, he loses his magical powers to fly to Santa each night.  Uh huh.

The third day Chip was out, he was found sitting on the piano in one of Hope's dollhouse chairs.  During breakfast conversation Hope was mad because, "she was going to play dollhouse and she only has two chairs and she needed them both!"  Emma went bonkers reading her sister the rights.  "Don't you dare touch him, don't you take that chair, you better leave him alone!  I'm serious Hope DO NOT touch him!"  Then she left for school.

Hope was still gripping about not having her chair, so I proceeded to tell her that maybe Santa was testing her.  Ya know, seeing if she would be a good girl and share her toys today.  That way Chip could give him a good report when he went to see Santa that night.
[odd look from Hope] "Whaaaaat?  Seriously, he's for real?  I just thought someone like you or Dad moved him around each night."  ummmmm, don't tell your sister, ok? ;)

And then there is Jesus.  The real reason for the birthday party we call Christmas. No magic here.  No magic guy in a red suit, no creepy elves that fly to the North Pole and back every night.  Just a baby with a magnificent gift for us.  It always send chills through me to hear the story, and now, I have the opportunity to share it with my kids. From the simplicity of Mary, Joseph and a baby boy, to more in-depth teachings of why, where, and how.
Emma's eyes absorb every detail this lesson on love gives.  Hope....well she brings me the baby Jesus from the Nativity set and asked what he was laying on.  When I tell her, she replies, "Seriously?  That would not be comfortable at all."  Believe it Hope, believe it, this is the real stuff. 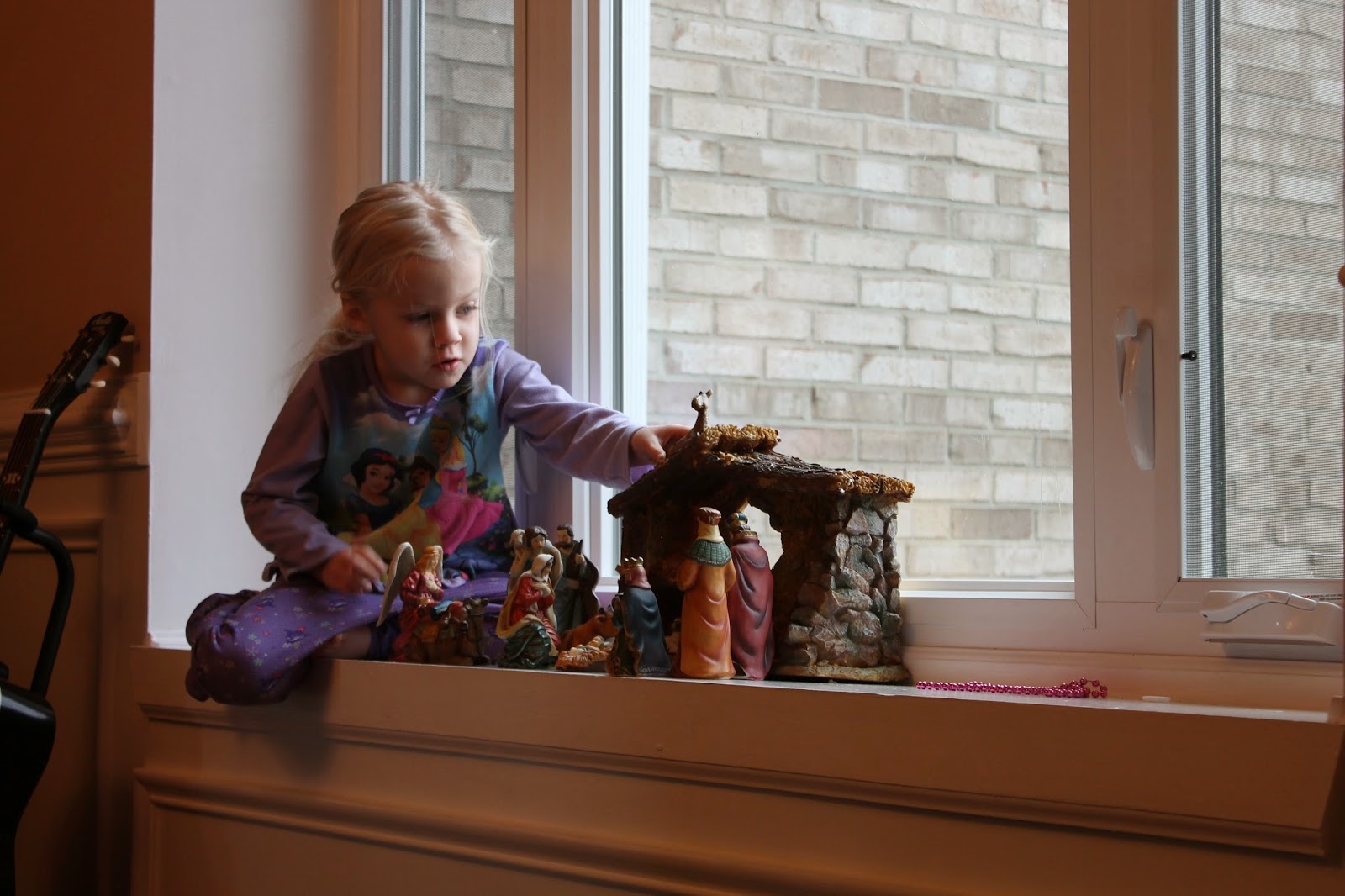