June 8th, Adam celebrated his 34th birthday....in Miami, Florida for work. While the cat was gone the mice did play!

Emma decided she wanted to throw her dad a party when he returned. And that she did. She planned the menu, the cake (a truck like daddy's), decoration, a fire-pit gift, and of course invited very important and stately people!

All her hard work paid off. She "kept it a secret" all day, as she decorated and helped in the kitchen. The company arrived and were welcomed by the party planner as she had seats planned for everyone. We had Grandma, Papaw, little sister Hope, and neighbors Greg and Karen in attendance and all counted for!

After enjoying a fun meal, Emma turned from party planner to waitress and took everyone's plates to clear the table for the cake. And even had written out the words to Happy Birthday so we could all say the proper noun once we got to Adam's name.

Once the cake was gobbled, Emma then turned into event planner and had a scavenger hunt activity planned for the birthday boy! She had ticket and map ready to go and off they went to find "party favors" hidden in the swing set.

And whats a party without pictures to remember it by? Miss party planner asked if she could also be the photographer for the evening...so I passed over the camera and it was all in her hands. 135 pictures and a dead battery later we get some pretty memorable pictures. Some simply put us in stitches laughing!  I didn't put all 135 on here, but just selected some of my favorites (which did not include the pictures of my behind!) 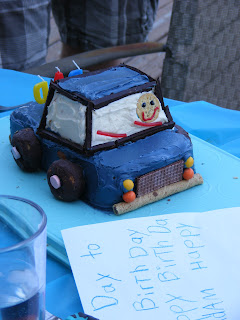 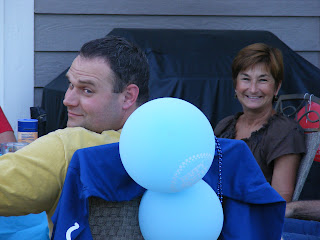 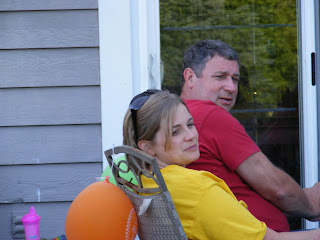 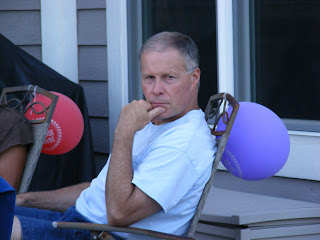 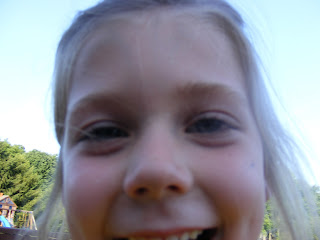 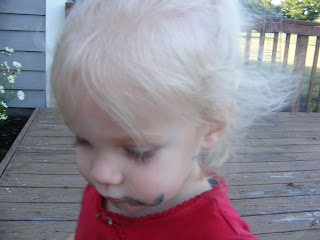 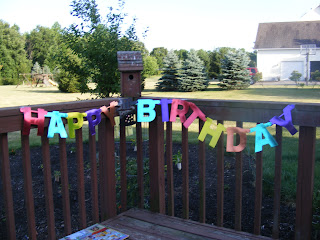 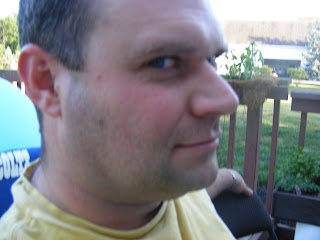 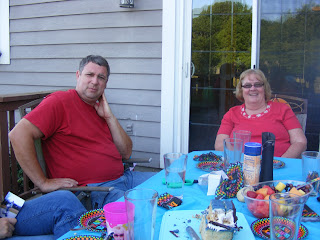 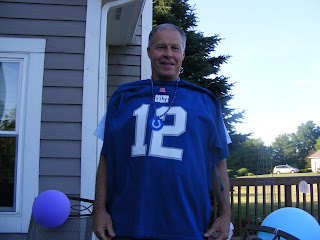 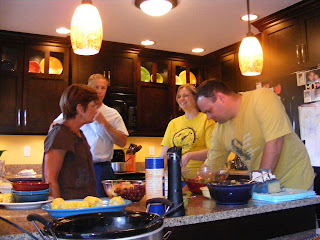 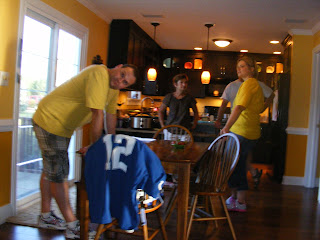 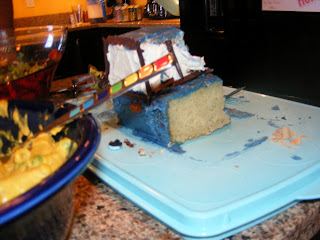 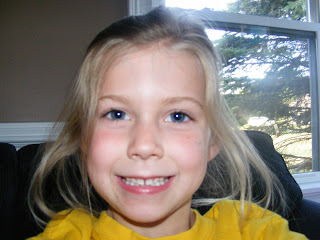 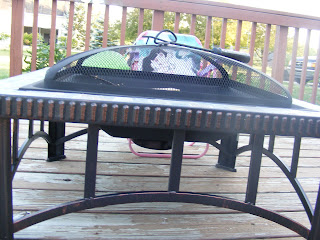 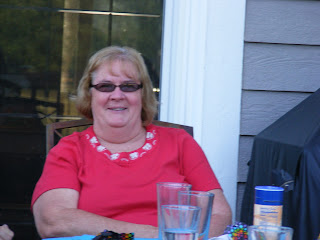 So there you have it - Happy Birthday Daddy-O!  Hope you enjoyed it as much as we all did!  Can't wait for next year!
Posted by Jill at 3:02 PM